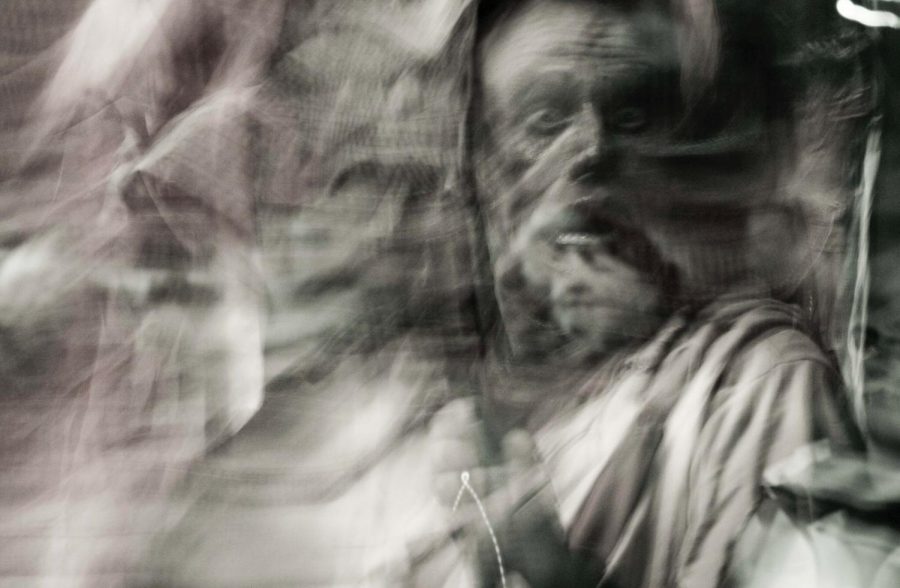 A common human instinct is fear of the dark. Or, if not a fear, an uneasiness that something lurks unseen. After all, one’s imagination can run rampant when left to its own devices. Most of the time, you convince yourself it is just your imagination, but what about those other times?

Thanksgiving, 2014. Ms. Julie Hudec and her family were enjoying their meal until, unexpectedly, her father very quietly whispered, “I think we have ghosts.”

A momentary silence followed this eerie utterance from the normally down-to-earth Dr. Hudec. As he explained himself, this surprise shifted to unease. He told the gathering there had been many a morning in the previous weeks when he would find all the drapes open and, after closing them and leaving the room, he would return only to find them thrown open again.

Another time, his ears were graced with the sounds of trucks and auto-voiced baby books emanating from the room where his grandchildren’s toys were kept. It was five in the morning. “Multiple toys were going off,” said Ms. Hudec. “He walked over to the basket, and no one was there.”

When he finished, Ms. Hudec’s older sister, Amy, piped up, “I swear I’ve seen a kid in my room.” Then, her younger sister, Maggie, added how each night she would neatly put her necklaces away only to wake and find them tangled in knots.

Something was amiss. Something was not right. Ms. Hudec’s family knew that her aunt had had a similar experience and had called a paranormal investigator to her home.

The Ghost Whisperer came to the Hudecs’ home, and immediately “she tells us we have three [earthbound spirits] … two teenagers and a woman,” noted Ms. Hudec.

Earthbound spirits are ones who do not “go to the light” after they have died. The ability for them to pass on to the afterlife is brief and, if missed, they are left stranded on earth.

Mrs. Winkowski brought the spirits themselves as well as everything they had been doing “into the light.” She went on to explain they were the reason the family’s cleaning lady had quit a week prior; they were the reason Ms. Hudec’s father got a nail in the back passenger-side tire of every car he had owned since living at that house.

The Ghost Whisperer sent the three spirits to the light and gave the family a packet of quince seeds that had been “energized” in Italy. When put above a doorway or placed in a pocket, these seeds prevent spirits from going into homes or attaching onto people. The Hudec family placed one seed above every entrance into their house.

With the spirits gone, Ms. Hudec thought her experiences with the supernatural were over. She was mistaken.

In 2015, on a Friday night in February, Ms. Hudec had returned to her condo from a leadership conference. She was sitting on her couch watching TV when she heard someone’s feet dragging on the carpet. She lived alone.

“I sat up, and as clear as day, there was a child standing in my house. Red shirt, blue shorts, dark black hair, pale skin. And I screamed bloody murder,” she said.

She blinked several times. The boy was still there. She turned away. When she looked back, he was gone. Ms. Hudec thought she was seeing things because of fatigue, so she went to bed.

During the night, she had a terrible dream of being stabbed in the neck. She awoke at roughly one a.m. The child was standing at the foot of her bed.

“Same kid, same outfit, and I screamed bloody murder again,” said Ms. Hudec. She turned on the lights. He was gone.

Once more did she wake that night, at exactly 3:33. This time, she saw the boy peeking out from behind her dresser. Needless to say, she kept the lights on for the rest of the night.

The next morning, Ms. Hudec called Mrs. Winkowski and left a message. She then journeyed to Acme and returned. “Every single light in my house, lamps I’ve never used in my life, were on,” she said.

Mrs. Winkowski called back and instructed Ms. Hudec to get quince seeds from her father’s house. Once she returned home with the seeds, she called Mrs. Winkowski once more. Over the phone speaker, the Ghost Whisperer sent the child to the light.

“I put [the quince seeds] up, and after that I’ve never had any other issues,” she concluded.

Ms. Hudec’s encounters with earthbound spirits thus ended, but for another they were just beginning …

Mr. Lynch’s tale will be featured in next month’s issue of The Pioneer.