A violin virtuoso in our midst

Artist of the Month: Avery Stager 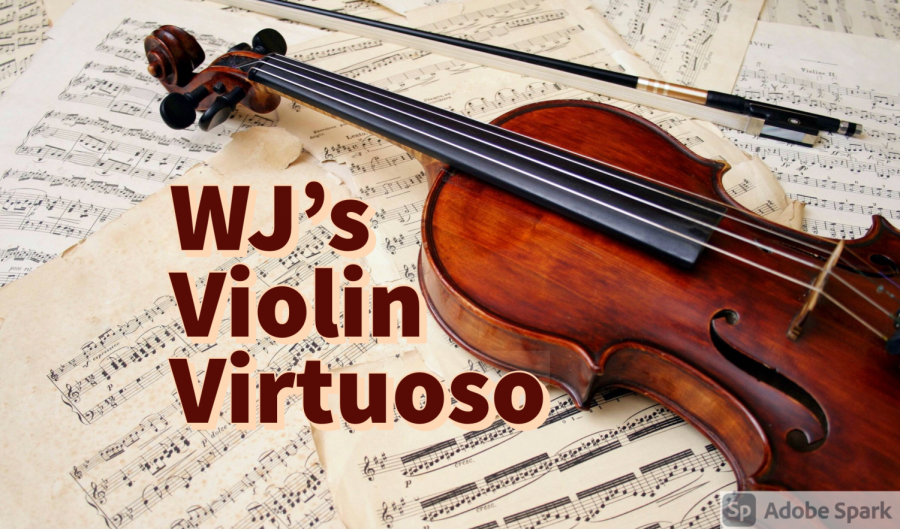 To those who don’t know her very well, junior Avery Stager may seem like a typical shy student. However, what people don’t know is that Avery is a talkative, enthusiastic violin powerhouse.

Avery has been playing her violin longer than she has known how to read. She credits her mother, a speech pathologist, who placed her four-year-old daughter in violin lessons as an “experiment.”

“Since music is considered its own language, she wanted to see how easily I could acquire it by starting at a young age,” Avery explained.

She began lessons at Western Reserve Suzuki School, where music instructors teach using the Suzuki method, which consists of learning music through audiation. Avery recalls, “I would listen to a recording of the music and then I would play it.” She learned to read music at around age 6, the same time she started to read books on her own.

This year, Avery began her involvement with the school’s marching band. Avery stated, “I would always show up at the band’s call time…because my brother had to be there.”

After one of the first football games of the season, Band Director Mr. David Banks told Avery that Walsh Jesuit had an electric violin and invited her to play with the band during halftime. Avery agreed and, two weeks later performed a solo written by Mr. Banks. “I got a whole ‘60s outfit and everything. It was so much fun!” said Avery.

While Avery is well accustomed to performing in more “traditional” settings, last year she began to share her talents with her classmates.

Last spring, after running late for school, Avery brought her violin to Ms. Mary-Kate Glowe’s Paschal Mystery class. Ms. Glowe’s lesson that day revolved around love, and she used Avery’s passion for the violin as an example of the many shapes that love can take. Ms. Glowe then requested that Avery play for the class. This marked the first of many times that she serenaded her peers.

A couple months after this impromptu concert, a student in Mr. Andrew Kerr’s history class found sheet music that was meant to mimic whale sounds in a “National Geographic” magazine. Naturally, the students wanted to hear what the music sounded like. Avery promptly retrieved her violin from the band room and played the notes for the class.

The students were enthralled and urged Avery to continue playing. Junior Jake Eisner asked if she would learn “Le Festin,” the title theme from the Pixar film “Ratatouille.” That night, Avery learned the piece and performed it for an ecstatic Jake the next day during class.

As the date for an audition for the prestigious Cleveland Orchestra Youth Orchestra neared in May 2021, Avery knew that she had to prepare to play in front of live audiences. After consulting with deans Dr. Emily Grad and Mr. Gerald Rardin, she began to play in the Commons, the business offices, Allwin Hall, and Mr. Ertle’s office.

Mrs. Kimberly Knauf, Honors Chemistry teacher, got word of Avery’s concerts and offered an ear to allow her to further practice for the audition. Two days a week during her chemistry lab study halls, Avery would perform miniature concerts for Mrs. Knauf. A couple times Avery’s playing overlapped with change of classes, so her fellow classmates would hear her playing as they walked into the room.

Jenna Guiher, who was in Avery’s chemistry class, stated, “Having live music during class was fun…it was an unexpected pick me up after a long day at school”

Avery sought out more opportunities to perform in front of live audiences at school in addition to her concerts for Mrs. Knauf. She began asking her teachers if she could play for their classes as further practice. By the end of last school year, Avery had played during all of her second semester classes.

This year, Avery has yet to play her violin during a class. “I’m hoping I will get the chance to, since it is so much fun and really helps me get comfortable with auditions and performances.”

So, if you’re interested in hearing Avery play, just ask. All she needs is an invitation.