Marvel releases its first blockbuster with a female lead 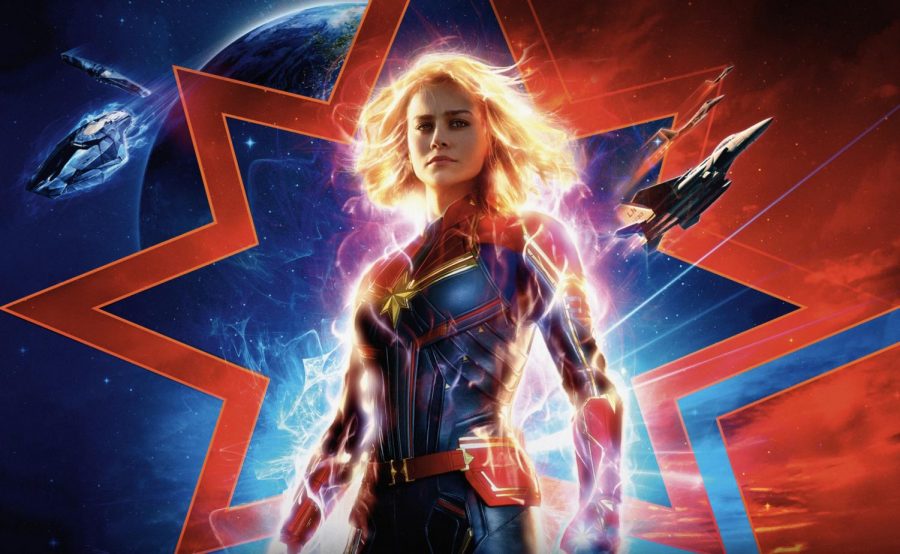 Vers is a soldier for the Kree Empire, an imperial alien race, as an agent of the military. She ends up on C36 (Earth) and finds Agent Nick Fury, future director of S.H.I.E.L.D., Earth’s defense agency against extraordinary and terrestrial beings, who has just discovered aliens exist. In the midst of many twists and turns, questions of character, comic situations, and plenty of butt-kicking, Vers and Nick search for clues to Vers’ past and must deal with the consequences.

“Captain Marvel” makes the first female lead superhero movie and, to emphasize that and the “power of she,” the film opened on March 8, International Women’s Day.

One article entitled “Captain Marvel’ Is About Female Power—Not Empowerment,” describes the political impact “Captain Marvel” and Brie Larson have on the world. “Like witches, and suffragettes, and Alexandria Ocasio-Cortez, Captain Marvel was told that her anger in a fight was too much, that it would get her in trouble.”

Another critic found that “there is a lot of pressure on movies where the star is, frankly, not a white male…when it comes to superhero movies about women, we have ‘Wonder Woman’ and we have ‘Captain Marvel.’ And that puts way more pressure on those movies than they should have to bear.”

“Captain Marvel” did very well with critics and the box office. One New York Times article states that the movie “sold an estimated $69.3 million in tickets nationwide this [opening] weekend,” which places the movie at the number six spot on MCU’s movie list of best-selling films.

Once it hit the box office, the film garnered a lot of praise and less bias. A lot of movie-goers felt that “Captain Marvel” rose to the occasion and set a precedent for all future films. It presents an excellent portrayal of the comic book character and shows the world and the characters in the MCU how powerful Captain Marvel can be.

With stunning visual effects, an awesome ’90s soundtrack, and a witty, determined heroine, “Captain Marvel” proves to be an outstanding movie. All the roles are wonderfully cast, and renowned actor Samuel L. Jackson continues to deliver a great performance, but this time as someone who takes orders instead of delivering them.

But undeniably, Brie Larson’s portrayal of Captain Marvel is to be admired and kept fans eagerly awaiting the next scene. Larson’s incredible acting shows audiences how impactful a woman can be in a lead role. She serves as a reminder, both as an actress and in her role as Carol, that women are not objects to be controlled. Along with what this means for women in a century of “Time’s Up” and “Me Too,” she proves how inspirational a person can be and continues to be a role model for people of all ages with her strong moral code, determination, willingness to do what’s right, and her stance against the oppression of minorities.

Perhaps this accounts for most fans finding the following line in the movie to be its standout and one which provides the identity and mission for strong independent women, especially for people of any minority: “I’ve been fighting with one arm behind my back. What happens when I’m finally set free?”